The village of Binfield is situated in Berkshire in the borough of Bracknell Forest. It has a population of approximately 7,475 people and lies about 4 miles (6.4 km) east of Wokingham and 8 miles (13 km) to the south east of Reading.

Binfield today is well catered for with schools, churches, four Public Houses, a doctors’ surgery, a dentist, a chemist, several hairdressers, an art shop, a supermarket (with post office), a coffee shop and two estate agents. Not to mention numerous other local businesses and several take-away restaurants.

The two Church of England churches in the village are All Saints’ on Terrace Road North and St Mark’s on St Mark’s Road. There is also the Binfield Free Church, which houses a baptismal pool and Newbold College, a Seventh-day Adventist college and church.

The primary school in Binfield opened in 1988. Prior to this the village children were taught at St Marks and All Saints. In addition to the college, Newbold also has its own primary school.

This area of Binfield, now housingmany multi-national businesses was once home to the Binfield Brick and Tile works, which was in operation from the late 19th century until the 1960s. Brick-making was an important industry in Berkshire and was a major employer in the area.

Billingbear Park, originally owned by the Bishops of Winchester, was in 1549 gifted to Sir Henry Neville by King Edward VI. In 1567 he constructed a magnificent manor house there which stood in all its glory until 1924, when it was sadly destroyed by fire. The house was actually not in Binfield but situated in the parish of Waltham St. Lawrence.

Today Billingbear is home to one of the oldest golf courses in the south of England.

The Farley Wood estate, built on either side of the old turnpike road, comprises of roads all named after prominent old Binfield families. It was constructed in 1989 on the site of Farley Copse Farm. In this area you can also find Farley Hall a former residential Victorian mansion set in approximately 5.3 acres of woodland and now used as a suite of impressive offices.

To the south of the wood lies the beautiful Farley Moor Lake which is adjacent to several major companies and was of note as far back as the Stuart period.

Farley Copse is an extensive area of ancient woodland which was once part of the Farley Moor House estate. It is situated in the residential area between Priestwood and Amen Corner, to the south of London Road and is now under the jurisdiction of Bracknell Forest Council providing an attractive woodland area for local residents and a haven for wildlife.

Situated to the west of Bracknell this suburb of Binfield is named after the family of famous poet Alexander Pope who lived in Pope’s Manor. Pope, famous for satirical verses such as The Rape of The Lock and his translation of the works of Homer, lived there for a number of years in the early 1700’s and it is here that he contracted tuberculosis through drinking infected milk.

Temple Park where the Blue Mountain Golf Club is situated. It also has a housing estate which was built around Park Farm, originally the home farm of the old Binfield Manor estate. Originally built in 1754 by William Pitt the Elder who was Prime Minister of England from 1756 -1758. 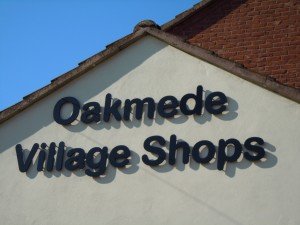